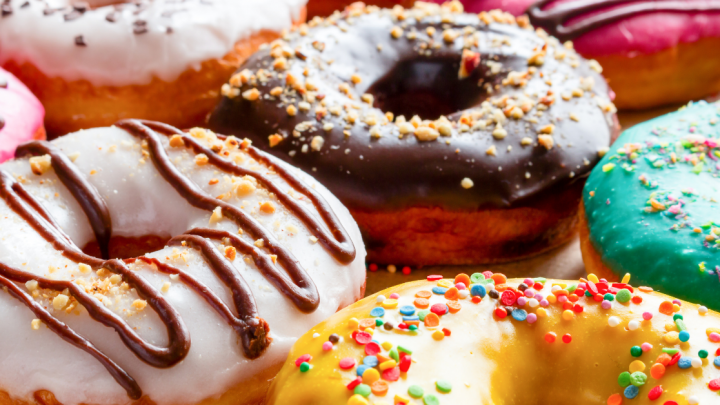 Of course, it’s a thing! And since I have developed an especially strong reputation as a lover of donuts (even if it isn’t totally warranted), I hereby declare myself McMaster’s donut queen for a day, this June 4, 2021! I have ordered some delicious vegan donuts for door delivery to celebrate (watch my Twitter and Instagram for proof). MMMMM donuts.

Whether you’re a donut or doughnut person, (I like donut!), I think we can all agree on one thing: deep fried dough slathered in icing and covered in other goodies is both a culinary masterpiece and a simply delightful indulgence. And the history of the donut is as fascinating as it is tasty.

The storied past of the donut (surprisingly long read!) has roots in Dutch, Russian and French immigrants, a ship captain and his mother, and a rag-to-riches story fit for Hollywood. But just how did the donut get its iconic, toroidal shape? Though there is a hole lot of speculation, it is ultimately a mystery – a mystery that has even been the muse of poets and artists. As an old song goes: “Who made the doughnut with the hole in the middle? Just how it got there will be always a riddle.” And speaking of songs, if you are a contemporary, you will remember Burl Ives – did you know he had a donut song? Pretty good message: watch the donut and not the hole!

The donuts most of us recognize today are quintessentially (North) American, but the world over is full of deep fried, sweetened batter topped or stuffed with something sweet.  But let’s be clear, REAL donuts always have a hole in the middle, donut you know. Without it – well it will have another name: Dutchies, fritters, Berliner, crullers, glazed, frosted, beignets, powered and filled. But the donut purest in me says nothing beats the ring-shaped classic. I donut eat them unless they are a hole food.

Canada is certainly no stranger to donuts. We reign as donut eating champs with the most donuts consumed per capita of anywhere else. One might ask if the Canadian and Hamilton icon Tim Horton helped to get us started on our donut eating ways. By the way, there are a few places, including Timmies and also Krispy Kreme, that are giving away free donuts on June 4. However, there are MANY delicious local donut shops in almost every Ontario city now – so don’t forget to support local! Hmm – once things open up, it might be time for a road trip!

Donut forget to take a break this weekend! With warm temperatures in the forecast, you should plan to really relax. Donuts may not be the first thing you think of on a hot day, however there are no limits when comes to cool donut mashup treats you can make at home, including donut milkshakes! I know that bread was the pandemic baking trend, however donuts can be made at home, too, so donut hold back. And you can learn first hand what happened to that donut hole.

Whatever you do, and how ever many donuts you eat on this National Donut Day weekend, I wish you a fantastic weekend – thanks for all you do for McMaster!